Home PR in Japan 10 Unique PR Methods in Japan
0   
By Tammy PR in Japan 2022-04-23
Here are 10 unique public relations techniques that are likely to catch the attention of your stakeholders.

As the role of public relations in companies and organizations is becoming more important, the methods of these public relations are increasing. With so much information coming and going, one way to get your company’s message across to stakeholders is to use unique methods of communication

Communication with media personnel is essential when conducting public relations through the news coverage. Here are some unique examples of how to get the media interested in your company’s information.

Press kits are promotional materials such as images, videos, etc., about a company or business for media outlets that are generally sent and exchanged online However, sharing press kits that include your company’s products offline allows people to look at the products. To get press coverage, it is important to let the media know about your company and what you are trying to convey with your products. 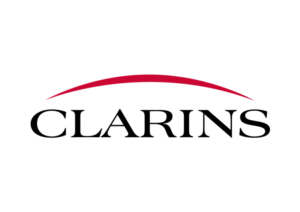 Clarins Co., Ltd. not only includes its product in a press kit but also distributed it in an impressive box that stands out. Putting it in a box with a red key is an example of providing the best possible user experience. Customers will be surprised when it arrives, feel the excitement of opening the box and be impressed by the luxurious contents.

METHOD 2. MAIL A PR WITH SOMETHING OTHER THAN PAPER

While online press release distribution is becoming the mainstream, one way to distribute press releases is through something other than paper. This is a different method from other companies and increases the open rate by getting it into the hands of the reader. 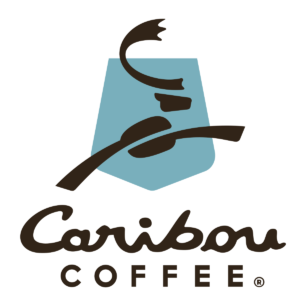 Through mail, you can differentiate yourself from your competitors by sending not only your press release but also brochures, pamphlets, and sample products in a transparent bag so that they can be seen.

Since an increasing number of media outlets are not accepting mailings due to the spread of the new coronavirus, it is recommended to decide on mailing in consideration of the timing and convenience of media personnel.

Caribou Coffee, an internationally based coffee shop, attempted to distribute press releases to media representatives by using chocolate as their medium. This method of chocolate mail attracted the attention of many.

When conducting PR activities for consumers, various methods such as advertising and the use of influencers should be considered. Here are three methods of unique public relations for consumers that have created a buzz.

Advertising is regarded as a marketing method mainly aimed at selling products. It can also be a tool to increase branding value and increase likability. Posting costs will incur according to the posting medium and the number of reaches, but it is possible to convey the information in various ways. 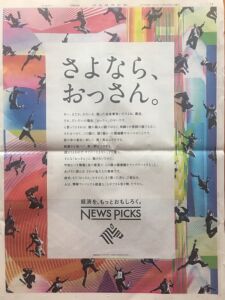 In 2018 a business media company known as NewsPicks, posted the catchphrase “Goodbye, Old Man” in the morning edition of the Nihon Keizai Shimbun and in hanging advertisements on trains. While the sensational catchphrase was shocking, the company’s message of “Let’s embrace new changes and respect diversity, rather than sticking to old values and systems.” This company’s enthusiasm became a hit. This is an example of how the message conveyed through advertisements with catchphrases that became the topic of conversation spread beyond the medium in which they were distributed. 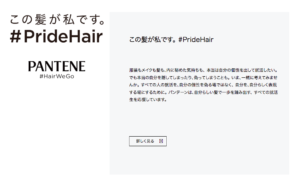 Since 1945, the hair care brand “Pantene” has been expanding its products all over the world. This advertisement was delivered under the slogan “Let’s go with this hair.

#HairWeGo” to convey their brand message to “Give the courage to take a step forward by fulfilling the hair you want to be.” Together with the sponsoring companies, the ads encouraged job-hunting students to find jobs with their unique hairstyles.

Advertising that does not directly promote the company’s products, but rather sends a message to the world, leads to branding. In the case of Pantene, it may be possible to create a movement by involving not only the company itself but also multiple companies.

While it is common to use influencers such as celebrities, fashion models, athletes, or experts and intellectuals in specific fields to promote a specific product, there are ways to attract attention by not daring to show the influencer’s face.

Galderma is a Swiss-based pharmaceutical manufacturer that created an upstir by releasing a video without showing the influencer’s face to promote its Cetaphil skincare brand. Although its packaging was not a fashionable package to post on SNS, the mosaicked models were able to convey the company’s confidence in its ingredients.

A video site that can be used for various purposes, tie-ups, dialogues, and user reviews. Creating a Youtube channel featuring employees with special characteristics can expect to attract users and increase the number of subscribers.

The YouTube channel, しみねーのWelcome エン・ジャパン or En Japan features an eccentric character known as Shimine. This channel posts content such as in-house interviews, company introductions, and consultations with new employees about their problems. Initially, the channel was intended for internal communication, starting with a limited internal release, but it is now open to the general public and can be used as an example of a company’s internal PR and video utilization.

In-house media are often operated to acquire new customers, but these services and businesses are already well-known. So, it is also important to increase satisfaction and increase fan loyalty. By creating behind-the-scenes stories about your service or business, you can create a sense of inclusion for your fans. 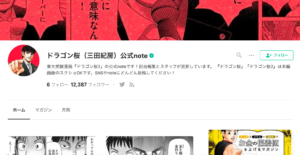 The official note of Norifusa Mita, writer and illustrator of Dragon Zakura, provides detailed explanations that were not in the manga. This includes notes, collaboration projects, and other content that entertained fans from different angles. This is an example of creating content that can increase the reputation and impression of a business and company. Even though Norifusa Mita used notes, it is recommended that to consider the company’s social network, SNS, and other forms of media that suit your company’s content and target audience.

The key to increasing consumers and their loyalty to companies is for them to participate in planning such as communities, campaigns, and events.

When people are satisfied with the experience offered by a company, it is an efficient method of public relations that not only increases loyalty but also leads to the acquisition of new customers through word-of-mouth.

Here are four unique examples of such consumer participation.

With the rise of voice media such as Voicy and Clubhouse, there are more and more companies are using voice media in their communications with stakeholders, especially in recruitment and user interviews.

Through ideas and collaborations with other companies, it is possible to utilize audio media as a success.

Voicy held an event where love letters and stories were provided by “reading them.” This event was designed to promote tourism resources by featuring people who are associated with the region and the region depicted in the love letters.

A feature of this audio media is that makes it easy for listeners to visualize scenes. This increases the chances that it will lead to events and initiatives that will inspire your listeners’ imagination.

METHOD 8. A COMMUNITY OF PERKS

More and more companies are operating with communities to communicate with their consumers. Creating this two-way communication system can foster a deep connection with community owners and members by offering unique corporate culture-based benefits. 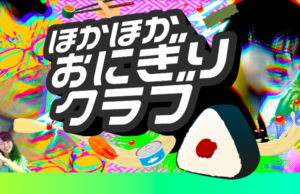 The efforts of Berg Hamburger Berg created a unique community called “Other Onigiri Club.” Not only this, but this company offers unusual perks such as the ability to view exclusive content, participate in conferences at higher plan levels, and receive feedback from professionals on manga and writings.

A method to increase the number of core fans while communicating corporately is through benefits that match the service characteristics and the company should be considered a point of reference.

While campaigns tend to be more about gift-giving projects, it is the social aspects that will create an opportunity to increase corporate recognition and goodwill.

Shapla Neer ( a non-profit organization) in collaboration with Book Off Group Holdings Co., Ltd conducted a campaign to support reduce and prevent child labor by donating unwanted books and other materials that can be participated in from homes across Japan.

The campaign, which was implemented as a CSR activity to reinforce the SDGs, was conducted as an activity that has social significance and enhances brand value.

It is also beneficial as a public relations activity to consider socially significant campaigns in areas related to your company and to collaborate with companies to provide services similar to those of yours.

METHOD 10. AN EVENT TO SHOW PRODUCTS

When holding an event to expand awareness of your company or service, it is not uncommon to promote a product’s characteristics such as functionality and aesthetics. However, combining different types of events that wouldn’t normally be combined, creates a unique one-of-a-kind occurrence. 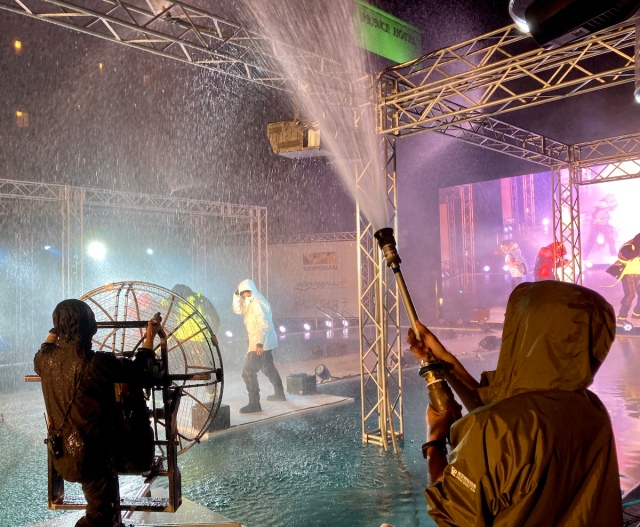 Providing with an experience audience has never had before, creates a desire to share the experience and increases the likelihood of word-of-mouth.

Known for selling work clothes, Workman has worked to expand their customers not only to professional technicians but also to people who enjoy the outdoors. One of these events known as the “Severe Fashion Show” became a hot topic. Unlike a typical fashion show, the point was to showcase clothing through heavy rain and heavy snow falling on the runway. With this uniqueness of functionality in showcasing their product, about 60 companies filled the fashion show venue.

This is an example of giving surprise, excitement, and special feeling by creating and directing an environment that conveys the appeal of the product by utilizing an event that is a combination of a fashion show and heavy rain, which is not usually seen.

When conducting public relations activities, it is important to put yourself in the shoes of the consumers and think about “what kind of information would you be interested in” and “whether you will take action”

With that, both media professionals and consumers need to understand the other party by communicating with them regularly. Understanding the lifestyle, characteristics, and interests of your target audience is the key when considering public relations methods.

After thinking through the other party, you may come up with a different and unique method.