How to Enter the Japanese Market

Crowdfunding has changed the way entrepreneurs bring their new products to their customers. However, is it a smart strategy to use the same approach for the Japanese market as a foreign brand? If you’re already operating in Japan, could you do more to expand eCommerce growth?

Of course, the answer depends on the type of business, your goals, and the level of experience you already gained in Japan’s complex but rewarding commercial space. Here, we will explore the important aspect of this topic so that you’re able to make a welled informed decision.

Why Crowdfund in Japan?

Getting the Most from Your Crowdfunding Campaign

So, What Happens Next? 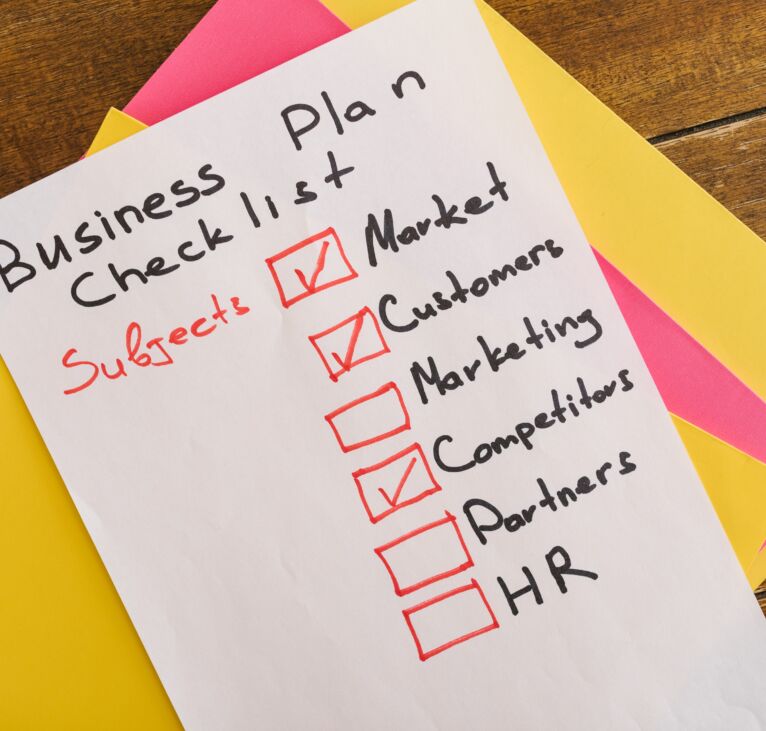 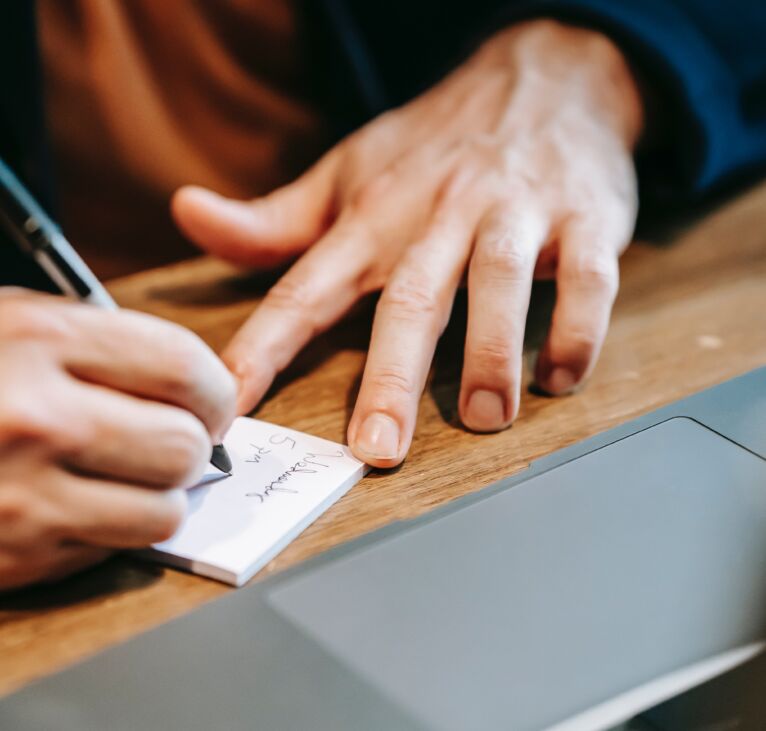 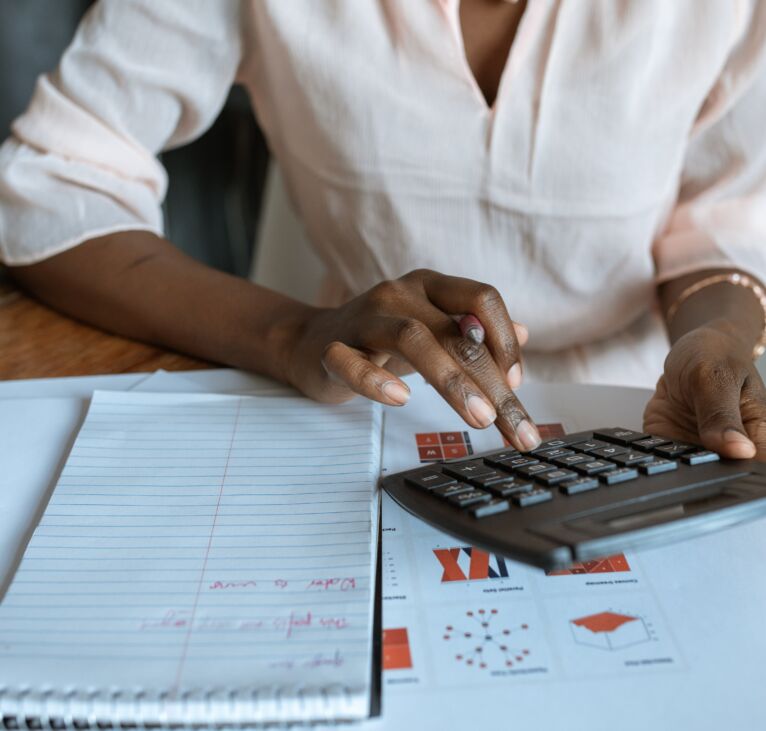 Why Crowdfund in Japan?

Running a crowdfunding campaign allows you to:

These are benefits to any brand trying to gain traction in Japan. While streamlining is a process that can take years for some companies, this allows your brand, product, or concept to the people you’re trying to sell one day and see if they’re on board.

Finding success will give you convince to push forward as well as gain a stronger customer base who can help with everything. This includes first sales and sending your message to new groups and audiences.

While entering Japan can be an adventure, it doesn’t hurt to have some financial support with you without needing to apply for a bank loan or credit. If this is part of your growth plan, having this support will give you a better chance to secure investments from other valuable backers now and in the future. 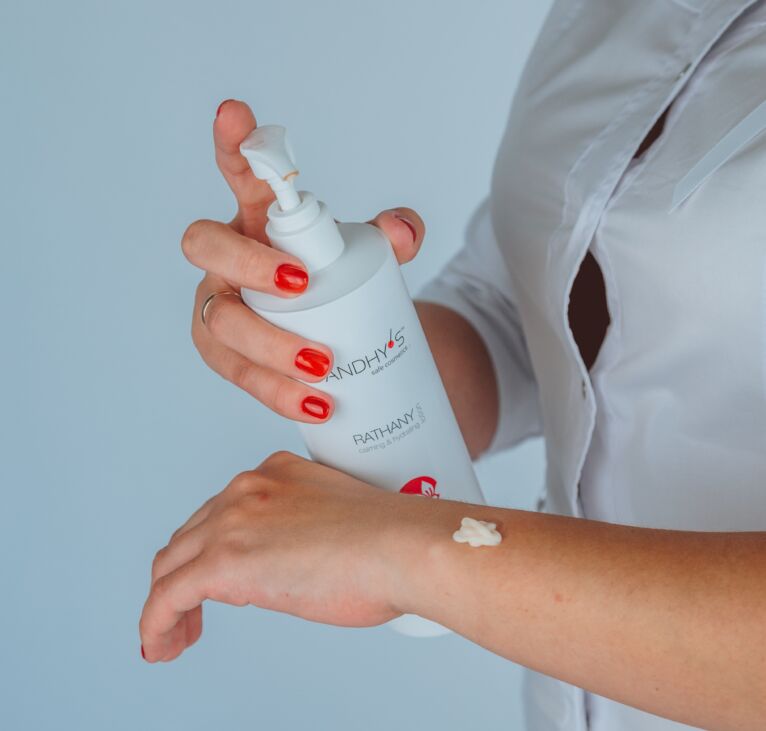 Many outside businesses have attracted revenue in Japan’s eCommerce market. It is expected to have a growth rate of 6.5% between 2020 and 2025; however, this doesn’t apply if Japanese customers don’t like your product.

When you launch a campaign and reach out to targeted networks, you can see what people really think about your products before you invest in the market. As a result, crowdfunding in Japan is an excellent lesson.

Pledgers will give you more of an honest opinion and their support can be an indicator of how the wider market will respond to you.  Also consider:

These questions should be addressed through your crowdfunding campaign.

Each Japanese crowdfunding platform has its fee structure as well as terms of services. Some are more suited for business-orientate, so check the types of campaigns they have previously supported. Always check if it’s possible to receive funds diction from the platform to your international bank account when the campaign is over. Or else, a local Japanese account will be needed to collect the money on your behalf.

Always check the platform’s past campaigns of your product’s category. This can be a sign if the platform can support what you are trying to go and if their audience is looking for some similar. 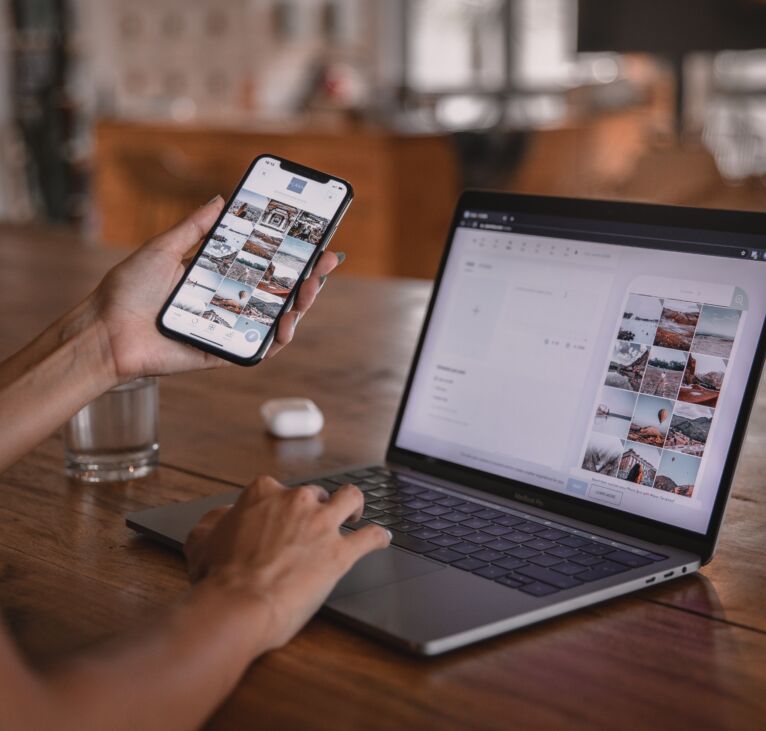 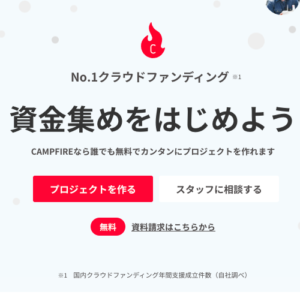 Founded in 2011 by Kazuma Leiri, Campfire is known as the largest crowdfunding platform in Japan. They have a strong reputation for supporting start-ups and foreign entrepreneurs. Their commission fee for this platform is currently 17%.

Many western companies have become successful on this platform. An example is a Swiss company called United City Bikes which sells super lightweight bicycles whose campaign page has informative video, high-quality graphics, and detail-rich descriptions. Their campaign raised 71,787,052 JPY with a total of 655 backers.

Surprisingly, their videos, models, and scenes from their home market. This is not always the best move since you’re trying to convince new Japanese customers your products are aimed at them. However, Switzerland’s reputation for creating well-engineered products holds strong in Japan, so they strategically used their “foreign appeal” here. 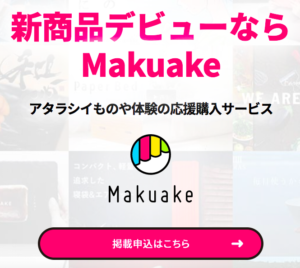 Makuake offers two options for crowdfunding in Japan. Their first option is known as the “all or nothing plan.” This is similar to where fundraisers will return the funds if their target is not reached in full. The second option is their “all in” plan. This is where you will keep receiving funds regardless of how far off your goal is. Both fee options are 20% of the total raised.

This option hasn’t been known to suit foreign brands because Makuake focuses on domestic start-ups and concepts rather than new entrants from abroad. Taking a look at their active campaign will show that they have a mix of Japanese and international fundraisers.

Founded in 2011 by the Tsutaya Group, Green Funding is one of the biggest online crowdfunding platforms in Japan. This company has connections with Tsutaya-owned entities such as Tsutaya Bookstore and Tsutaya Home Appliances to hold “product exhibitions, sales, hands-on sessions, autograph sessions, talk shows at real stores.”

The service fee is 20% of the total amount raised if you reach your target, and if you miss your mark then no cost will be incurred.

Here is an example: An internationally-popular watch company known as Citizen launched its campaign on this site. While promoting their Eco Driver watch, they were able to raise 106,419,704 JPY with 2748 supporters. Thus with the right product and concept, foreign brands can raise funds and awareness just as well as domestics ones. 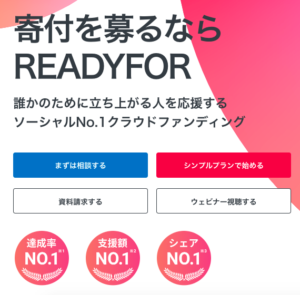 The standout feature that READYFOR offer is their low commission rate of 12% with their “simple plan.” Although, there’s more of an emphasis on supporting products that are more ethical and/or have a humanitarian or social element. So not all brands or concept is suited for this crowdfunding platform.

For example, there was a campaign for a restaurant where food was made by people with dementia. This campaign raised 12,910,000 JPY from 493 people. Another campaign was for a music expo in Kyoto that reached a total of 4,800,000 JPY from 546 people.

This platform prioritized success rates and thoroughly investigates any fundraising proposals before they were accepted on their site. They might ask the funders to prove to any existing friends or family in Japan so that there’s initial traction for the campaign. 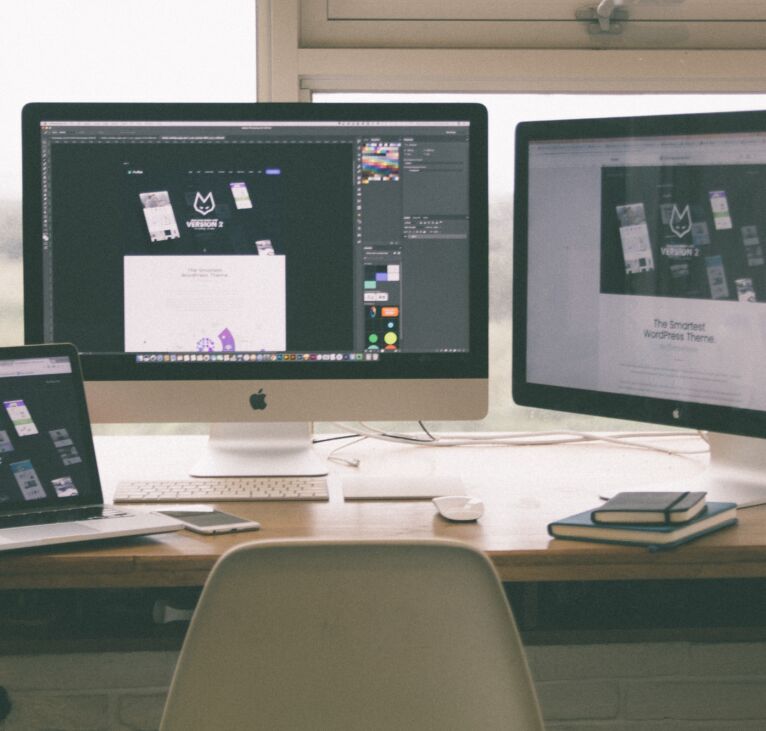 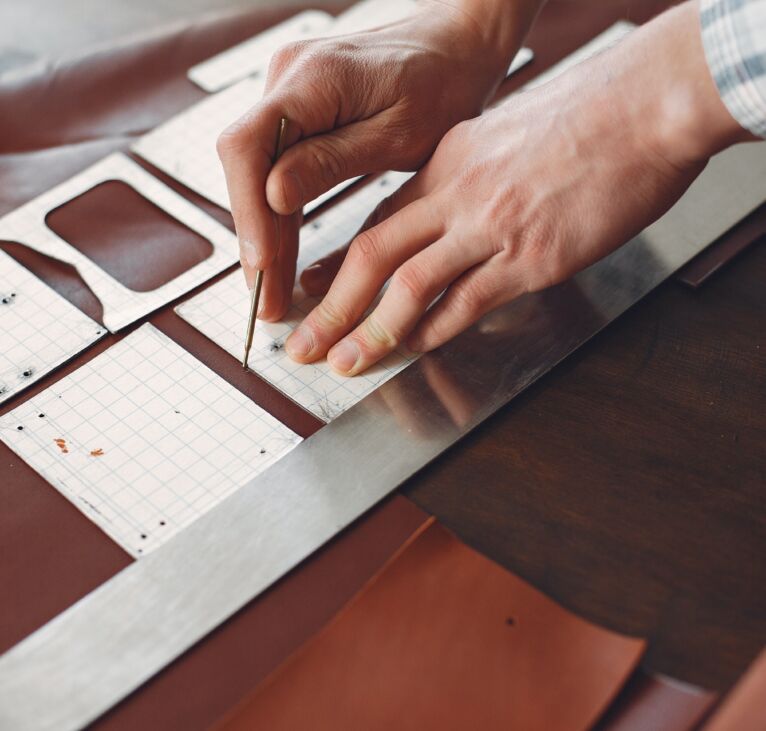 Getting the Most from Your Crowdfunding Campaign

Proactivity is required for any crowdfunding campaign. You must seek Japanese consumers and investors and convince them before getting them on board with your campaign. In order to do so, you need to use your channels and tools.

It’s recommended to have a network of supporters that will help to create some initial interest and momentum before launching your campaign.

These supporters, also known as your audience or social networks, should be the first people you should build organically or with a paid budget (PPC or pay-per-click marketing) to get the ball moving.

Use specific platforms such as LinkedIn, a more business-orient platform, for breaking down your product and future plans. While general platforms like Facebook or Instagram can be used for innovative concept art or for interacting with the public. 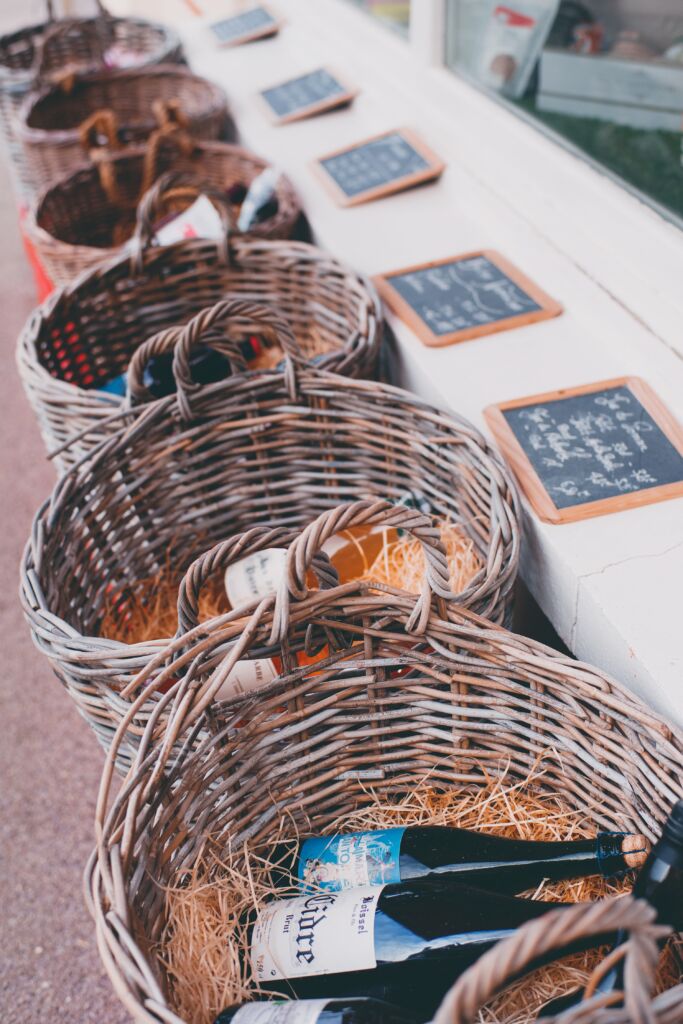 Having a place for your new and current audience is important to drive traffic and retain the interest you have developed when crowdfunding in Japan. The most obvious choice is your campaign page when choosing your crowdfunding platform.

This space allows a new audience to see your brand’s first impression. So give plenty of details to get them interested in who you are and what you are trying to accomplish.

Having compelling descriptions, what motivates you, high-quality images of your product/prototypes, and a short introductory video are essential to be successful in most campaigns.

Your project might be featured on the homepage of your chosen crowdfunding platform if you are lucky. Don’t underestimate the importance of key visuals and the overall details of your product. Use past success projects’ pages as a guide.

It’s recommended that if you’re creating a video for the Japanese market, make sure it’s the best it can be. Hiring the right production team, models, space, and overall feeling allows you to showcase your credibility and trustworthiness through your concept.

This same principle applies to any kind of visual content on your page. As previously mentioned, Japanese consumers have expectations for quality. So if your product is below that standard or non-localized for the market, then it’s difficult to continue in the Japanese market.

So look for any opportunities to show the credibility and trustworthiness of you and your project.

Be strategic when planning these rewards. Take a look at the current trends and think about how other projects’ rewards are being perceived by customers. Even if you have an amazing project that people are willing to support, it’s important to have your rewards be attractive so that it can draw other people in and keep your current support on board.

Your rewards should be organized as a tier-based structure. This incentivizes people to offer you even more support for a bigger reward. Some rewards you should consider are:

Taking care and looking after these people is as important as convincing them to support your product in the first place. They might even promote your project on their social channels so that other people can discover and potentially support you as well.

Have a defined and realistic timeline for your campaign. Make people think “this is happening now” and the window to the board is closing soon. For example, a 30-day campaign might seem daunting, but that sense of urgency it creates can help you attract more support.

A common problem is for people to think they can come back later after thinking about it to only then forget about your product. So having an estimated time of delivery of rewards and giving regular updates to your supporters allows them to know how you are progressing.

LOCALIZE YOUR BRAND FOR JAPAN

Localize your brand for Japan in the initial stages. This lays down the foundation for your campaign as well as future marketing initiatives.

One of the ways to do this is to pay extra attention to the details and design of the product and in the photography. Think about what aspects of the product the Japanese consumers would be most likely to pay attention to.  This is about understanding your targeted audience and adapting your approach to match their needs and preferences.

Emphasizing certain aspects such as technology, materials, engineering, etc of your product is a common practice when localizing in the Japanese Market. At the same time, it might be necessary to downplay other elements that are too different or unique. For this reason, Japanese shoppers are known to prefer products that are generally accepted by others. 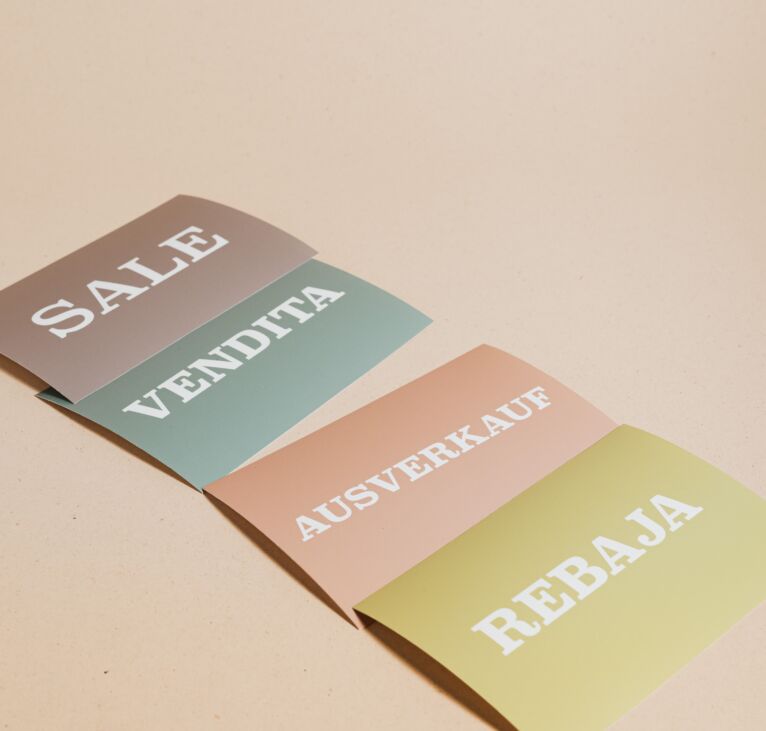 So, What Happens Next?

Once your crowdfunding campaign is over, there is still much to be done. Use the data you’ve collected to keep your supporters engaged, update them with any news, and personalize the experience and rewards.

While gaining new followers, the group of supporters who’s been with you from the start could be your most loyal and repeated customers and brand advocates. Look after this core group of people because it will make everything from social media marketing to promoting offers/discounts much easier.