Decoding of the Japanese Business Negotiations

When you don’t understand how the system works, meetings and negotiations seem strange and illogical. Let’s take a look on how Japanese business negotiations works and how businessmen act.

When you negotiate, you are in a professional setting.

However, Japanese people will avoid doing business with you if they think you are disrespectful, self-centered or if your mindset does not match with their philosophy. 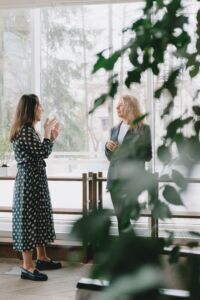 In Japan, people often don’t show their feelings. So others are supposed to guess what they are thinking by ‘reading the air’ (kuuki (w)o yomu 空気を読む). Also, you will never receive a direct ‘no’ from a Japanese. So, you must learn ‘yes’, ‘it is a bit difficult’ (chotto muzukashii desu), ‘umm’ (sa… and breathing through his/her teeth – this does not have a direct translation), or ‘it’s a bit…’ (chotto…). Japanese firms are also looking for a long-lasting business relationship, full of trust and loyalty. If they are hiring new employees, it is for the long term.

Traditionally, people are employed for life in a company. Even if this mindset is changing, most companies want to allow their employees to work for them as long as they can. Also, Japanese people make it a point of honor to save others’ faces, especially the seniors. This means that conflicts are avoided, they prefer taking a low posture to confront someone directly. 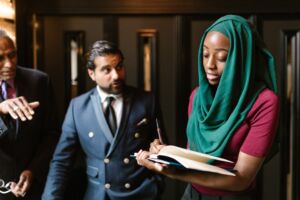 A study showed that Japanese students do not start a small group discussion when the teacher asked them to do so. Instead, they decide who answers the questions usually in this order: First is one of the female students, second is the other, the third would be the younger male, and last is whoever is the oldest. The reason might be that the first who speaks has a higher rate of making mistakes or misunderstanding the question while the last one has time to think of an answer.

The probability that the oldest, the senpai or senior, has a lower chance to lose face and therefore the best choice for the group. Similarly, if you want to have a discussion or if you disagree with what is being said, Japanese people will not reply if they think you are wrong. This is a way not to make you lose face and it should not be taken as rude or childish.

Japan is known as a collectivist society. So many are afraid of standing out from the crowd, don’t try to convince one person only. Individuality is almost nonexistent in Japanese firms since one’s career is considered less important than the company’s goals. They believe in joint efforts and reject self-interest

The famous proverb ‘The stake that sticks up gets hammered down’ (deru ku(g)i wa utareru) reflects well this idea, as opposed to the English proverb, ‘The squeaky wheel gets the grease.’ 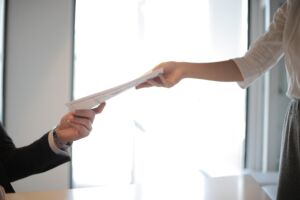 in Japan are not only from the executive suite but also the president of the company since their seal stamp approves the final decision. Usually, middle management prepares the document, then passes the information on to other employees, upward and horizontally. Once everyone agrees, the proposal is adopted so that nobody bears the responsibility of the project – except the president or the last person to have stamped the document. 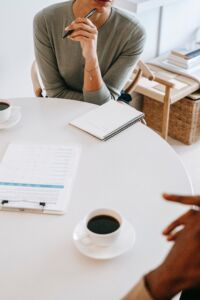 It can also take more time for the project to be realized, especially when there are many levels and departments involved – and even more when government approval is needed. Besides that, do not expect to reach an agreement right at the end of a meeting. Many Japanese people prefer to discuss the details first and then see if what you are offering matches their company’s goals. So, an agreement can take time as their negotiations can be slow.