Partnering with Gloture, Tokyo’s leading creative agency, they made ONE Championship’s first penetration into the Japanese market a complete success. There were over 330+ people who attended this press conference alone. Fans, media, and photographers flooded the venue beyond max capacity. Not a single seat was left empty. 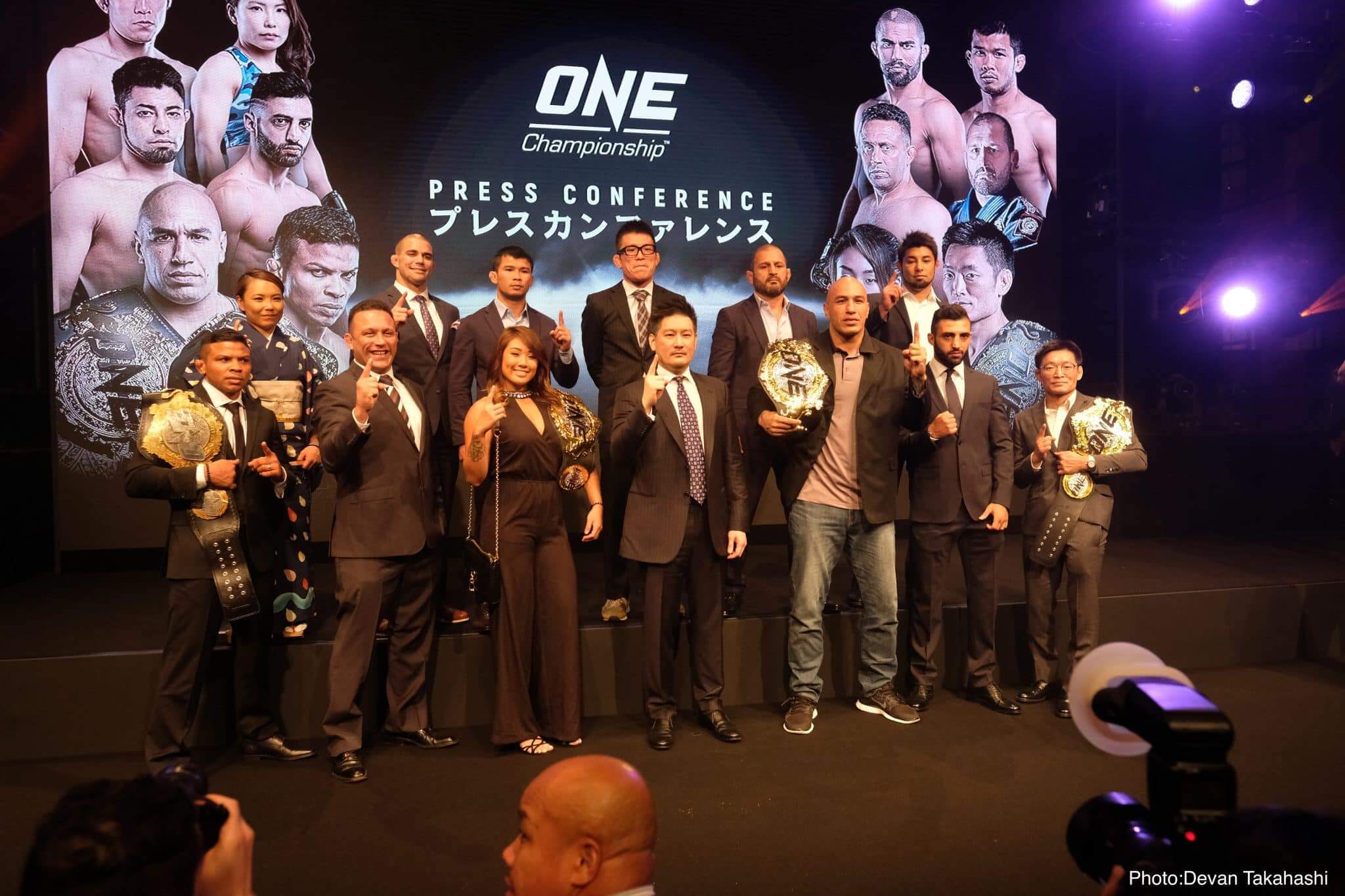 The enthusiasm from the crowd for ONE’s superstars was contagious. There were no words to describe the love and support both Japanese and international fans have for ONE’s athletes gracing the stage.

Legendary MMA athlete Renzo Gracie easily won over MMA fans with his humor, charm, and warrior spirit. Anyone in attendance can understand why he is an instant crowd favorite among MMA fans.

Currently ONE’s Heavyweight Champion, Brandon Vera was the first to put his name into ONE Championship’s first Japan tournament next year at Ryogoku Stadium in March 2019. He wowed audiences further with his thoughtful answer about working to give back to the Filipino community in the Philippines.

Q&A: Brandon Vera gave a thoughtful answer to the audience during the Q&A

Additional photos of the event can be accessed here:

“ONE Championship is the largest global sports media property in Asian history. Headquartered in Singapore, ONE Championship is the home of martial arts and is the world’s largest martial arts organization, hosting bouts across all styles of martial arts such as Muay Thai, Kickboxing, Karate, Kung Fu, Silat, Sanda, Lethwei, Mixed Martial Arts, Tae Kwon Do, Submission Grappling, and more. The world’s most exciting martial arts organization hosts the largest sports entertainment events across Asia, featuring some of the world’s best martial artists and world champions, all signed to exclusive contracts, on the largest media broadcast in Asia. In addition to its digital platforms, ONE Championship broadcasts to over 1.7 billion potential viewers across 138 countries around the world with some of the largest global broadcasters, including Fox Sports, ABS-CBN, Astro, ClaroSports, Bandsports, Startimes, Premier Sports, Thairath TV, Skynet, Mediacorp, OSN, and more.”