Jump into the Japanese Market With A Press Conference

Why Are Press Conferences Important?

Example of a Successful Press Conference

Why Are Press Conferences Important?

A press release allows a company or organization to make an important announcement directly to journalists. These journalists have a chance to directly interact with the organization’s executives to get immediate answers to their questions.

Since the only other option for this journalist is to set up an appointment for an interview, a press conference is beneficial for both parties.

One way to avoid this is to ask your local media whether they have any upcoming events coming up. This allows you to have a date for your press conference and it does not overlap with any other events. This also allows you to learn about the schedule of the media in your attendance. Having the right media attending is crucial and obviously, not all can attend. So asking about their schedule ahead of time will allow the most amount of media you want to attend to plan to do so.

Example of a Successful Press Conference

On August 23rd, 2018 ONE Championship, Asia’s leading MMA organization, held its first press conference in Japan. Partnering with Gloture, Tokyo’s leading creative agency, they made sure that ONE Championship’s first foray into the Japanese market was a complete success.

With careful planning and research, a lot can go a long way. Using little precaution and organization, you can almost guarantee your press conference will catch the attention of many journalists who would be more than happy to write an article.

While its newspaper version is ranked 15th, its online version is the most popular in Japan with around 3 million subscribers and even more readers! The news report is meant to be “Fair and Impartial.” Nikkei has staff all around the world (with 37 bases in total). You can check their English website here.

This is one of the five national newspapers, with a high circulation. The Asahi journalists want genuine reporting, they fight against fake news, and try to find solutions to modern-day problems (such as the aging society and climate change). Their philosophy: “Think together and create together.” Check out their English version here. 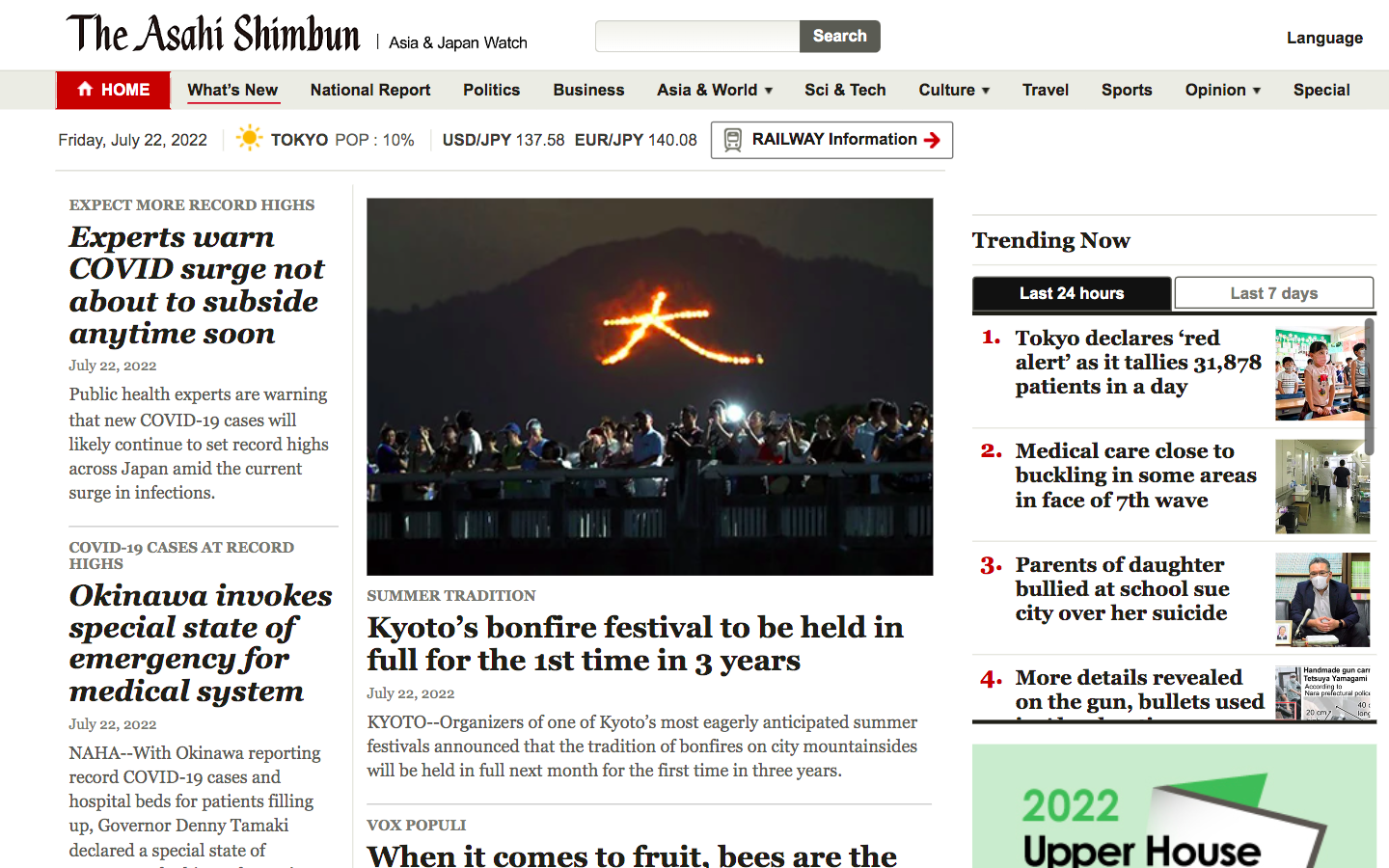 They want to be the most reliable and spread information quickly throughout Japan. They also have an English edition of their newspaper, called The Japan News. In total and in Japan, their circulation is at 10 million with 296 bureaus in Japan (27 bureaus overseas). 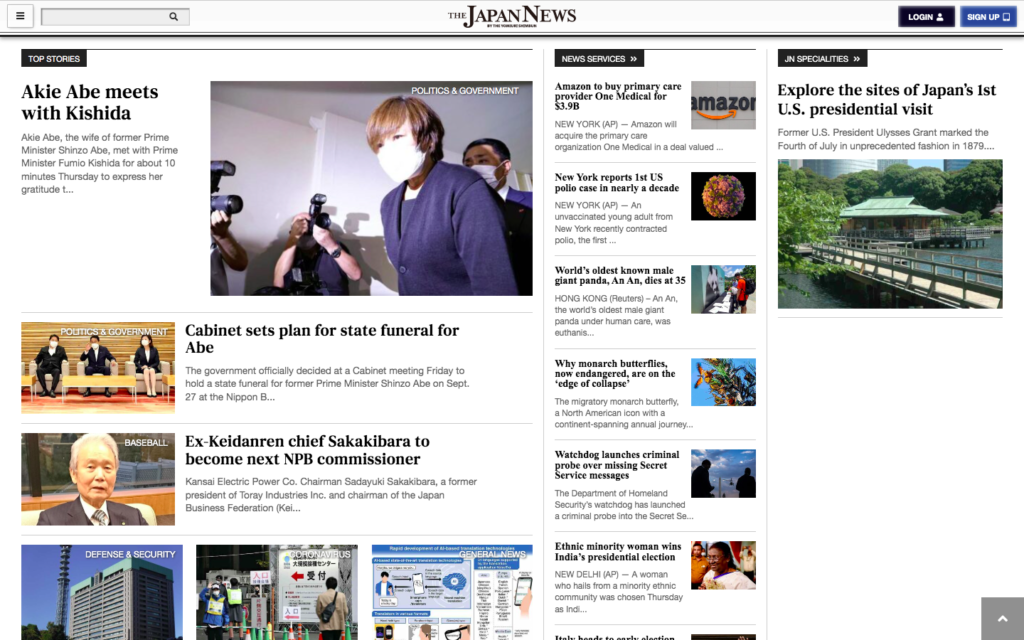 With its morning and evening editions, the Mainichi Shimbun circulation is ranked fourth among Japanese media, and in 2022, it will be the 150th anniversary of the newspaper. They also have an English website, here. 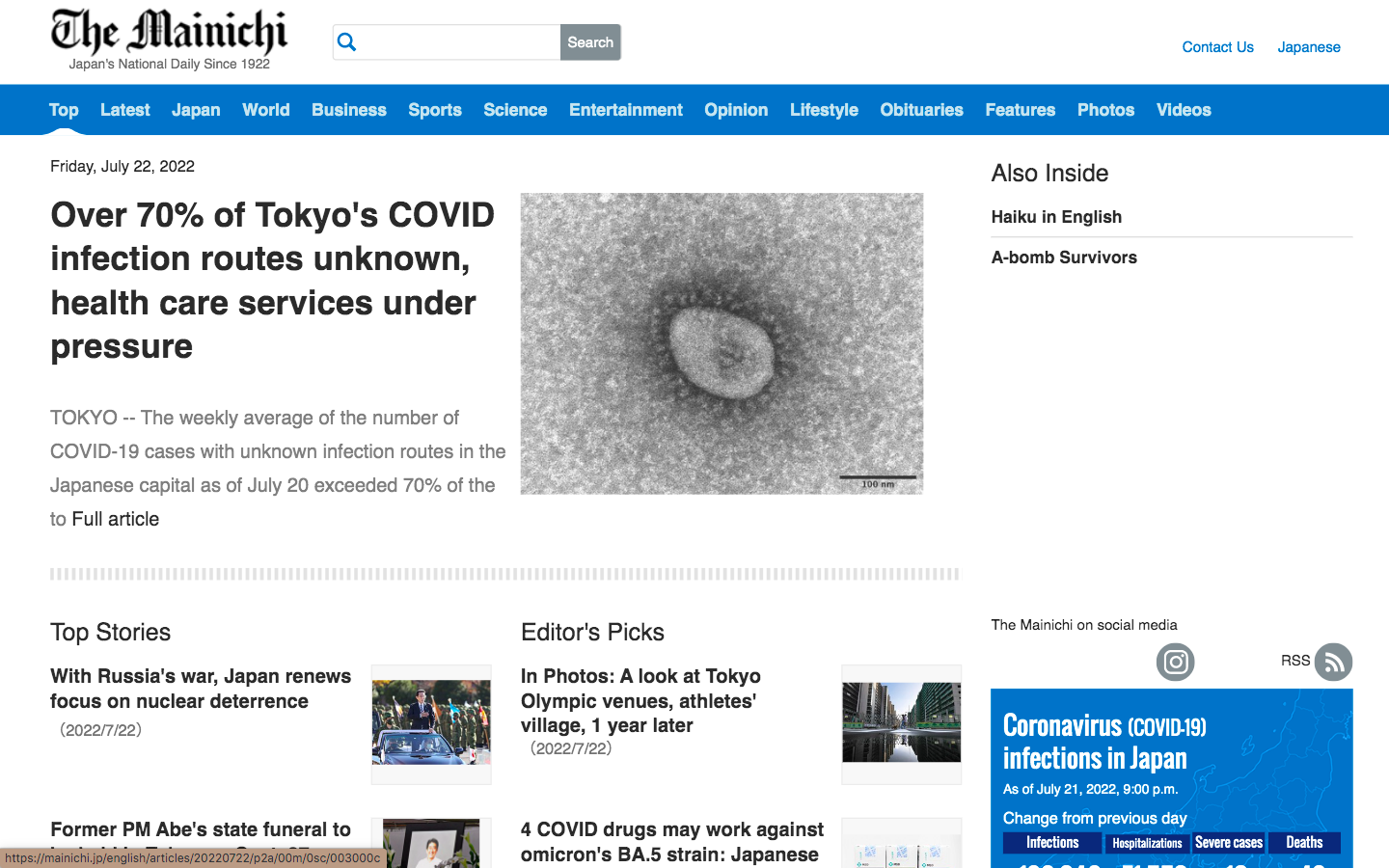 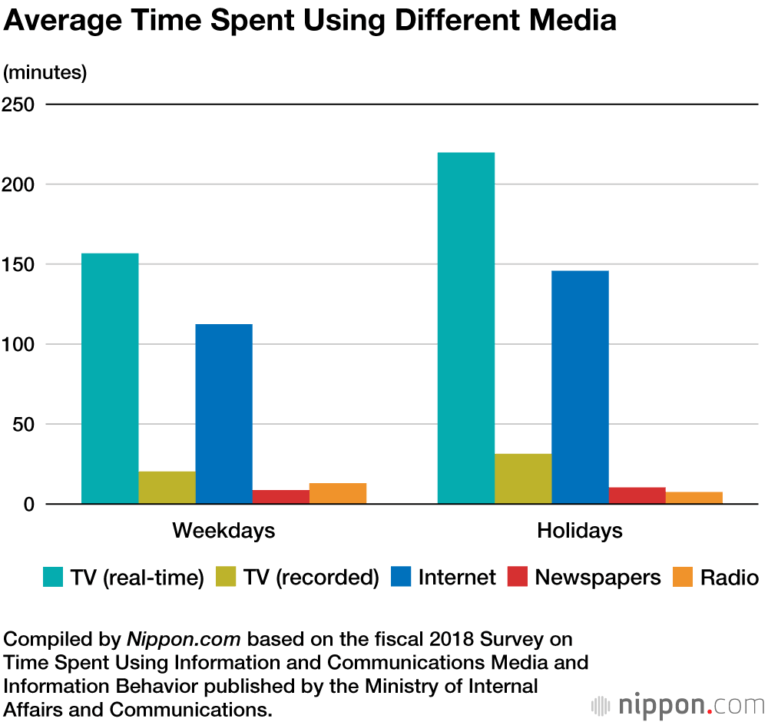 Note that in Japan, television remains the most used media (fiscal survey in 2018). People spend around 2hrs 36min a day on weekdays and 3hrs 40min a day on holiday (including weekends) watching television. Internet is the second most used media, with users spending time on YouTube, social media, or reading online newspapers.

If you need help, contact us! We have connections to more than 360 media, including MSM (mainstream media).